AT and Ring Video in Splitscreen 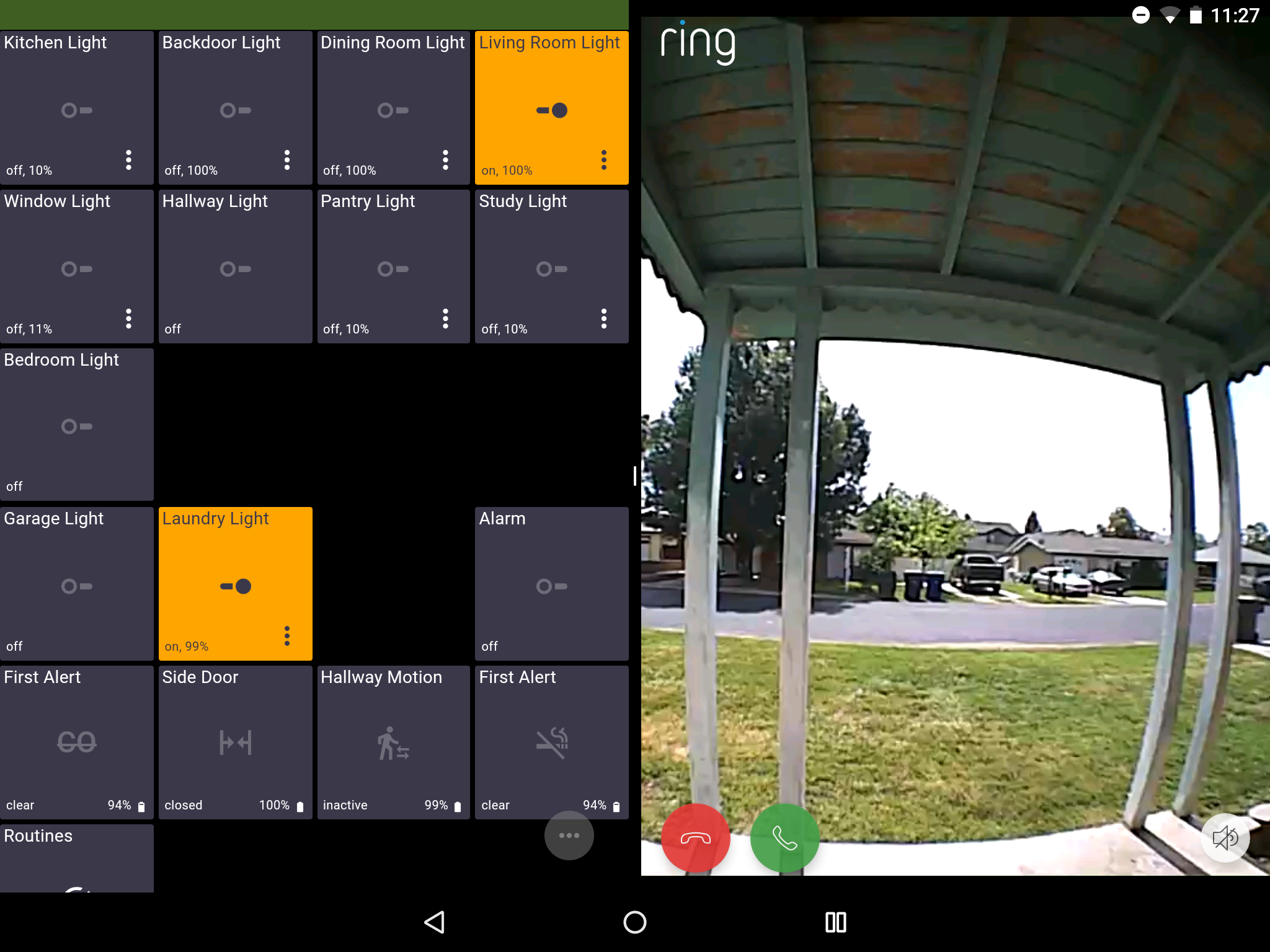 Can you tell us more about how you accomplished this?

First of all, not all Android apps are Splitscreen capable. I was displaying my AT panel on my Nexus 9 tablet in landscape. Next, I decided to press and hold the "Recent" softkey which is the square symbol at the bottom right of the screen. At that time, my AT panel shifted to the left and a scrolling list of recent apps were on the right. Of this list, I selected Tweetcaster and it fill the right half of the screen. Since that worked well, I tried the Ring app and it also worked. These displays are not just a screenshot, but are fully functioning apps. Press and hold that same symbol and you return to full screen AT.

Yes please I have 3 ring cams this would be awesome!!

Hi Den can you share how you added the Ring feed to the My Media tile?

Actually, ActionTiles doesn't support Ring Video feeds. If you carefully read what I wrote above, you will realize that I have found a workaround for the problem. Android and iPad tablets alow you to split your screen in half. ActionTiles is using the left side and the Ring app is using the right side.There is actually a bar between the two screens that you can slide so that one side can be bigger than the other. The following is ActionTiles on top of screen with a Twitter app below it. 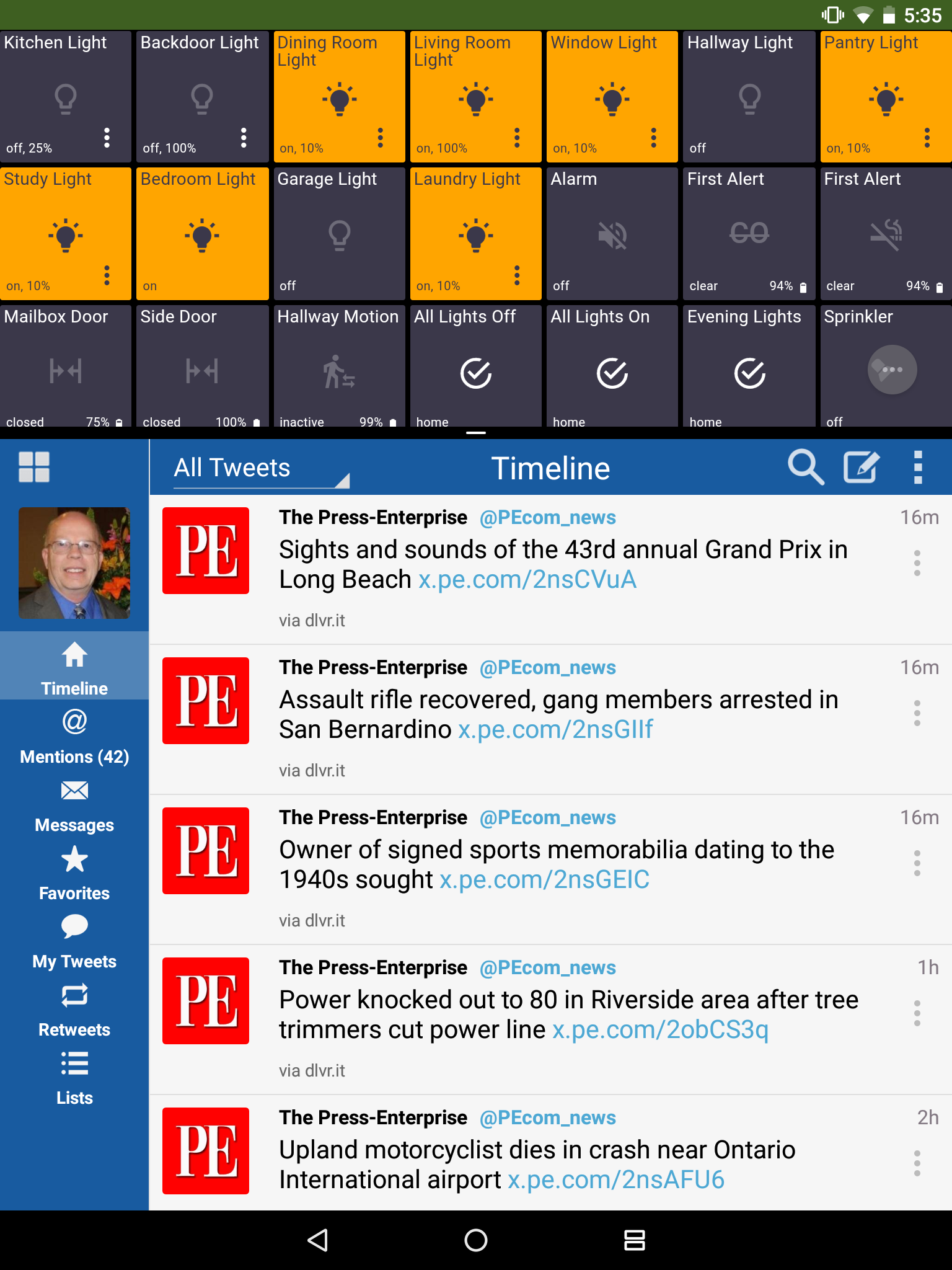 The ability to do split-screen depends on your Android version (and probably manufacturer).

I think later versions of Android allow more (maybe any?) apps to be shown in split screen (and Den's Nexus 9 is probably on a more recent version of Android, being a Nexus).

Yep, that would explain why it works for you.

You sir, are a tease!

Does this work for both Ring and Ring Pro? I'd like to update my Ring Pro Review article!

I think this will work with any camera that you can watch the feed in your tablet, the only down maybe is that your screen for Action Tiles will be reduced as you will be using the other part of the screen to show the app for you video feed.

I just saw this and that give me a question or maybe a request Feature for Action Tiles app.

It's possible to add a Blank tile that give you the option to select and app from your apps list and show that app in that tile?

It's possible to add a Blank tile that give you the option to select and app from your apps list and show that app in that tile?